The Virgin to Lucia Do Santos, in presence of Francis and Jacinta.

“Don`t be afraid, dear little girl. I am the Mother of God who talks to you and I ask you to make public the present message to the whole world. Making this you will find Strong resistance. Listen well and pay attention to what I say to you:
Men must correct themselves. With humble pleas, they should ask forgiveness for their sins committed and which they should commit. You wish me to give a signal for everyone to accept my words that I say by your mediation to  mankind. You have seen the miracle of the sun, and everyone, believers, unbelievers, peasants, citizens, scholars, journalists, lay people, priests, everyone has seen it.  And now proclaim in My Name:
A great punishment will fall upon all mankind, not today, not tomorrow, but in the second half of the twentieth century. I had already revealed it to the children Melania and Massimino, in “La Salette” and today I repeat to you, because mankind has sinned and trampled the gift that I  had done.
Nowhere in the world there is order, and satan reigns over the highest positions, determining the course of events. He will effectively introduce up to the cuspid of  the Church; he will achieve to seduce  the great scientists`spirits  who create weapons, with which it will be possible to destroy in a few minutes much of humanity. He will hold the powerfull who rule the peoples, and will entice them to make huge quantities of these weapons.
And if mankind does not oppose this, I will be forced to let off the arm of My Son. Then God will punish men more severely than he had done with the diluvium.
There will come the time of times and the end of the ends, if humanity does not convert and if everything should continue as now, or worse, should deteriorate more, the great and the powerful will perish along with the small and the weak.
Also for the Church, it will come the time of its greatest trials. Cardinals will oppose Cardinals, Bishops to Bishops. Satan will walk in between their  ranks, and in Rome there will be changes. What is rotten it will fall, and what will  fall, shall not rise again. The Church will be obfuscated and the world shaken by terror. The time will come, when no King, Emperor, Cardinal or bishop, will wait for Him who nevertheless will come, but to punish according to the designs of My Father.
A great war will be unleashed in the second half of the twentieth century. Fire and smoke will fall from heaven, the waters of the oceans will become vapors and foam will rise stirring and sinking everything.
Millions and millions of people will perish hourly, those who remain living will envy the dead. For any site where the gaze will be directed,  there will be anguish, misery, ruin in all countries.
See? the time is coming more and more and the abyss enhances hopeless. The good will perish with the wick ones, the great with the small, the princes of the Church with their faithful and the rulers with their people.
There will be death everywhere because of the mistakes of fools and supporters of satan who then, and only then, will reign over the World. Finally, when those who will survive all events, are still alive, they will proclaim back to God and His Glory and will serve him as a time when the world was not so perverted.
Go, my little girl,  and proclaim it. For this purpose, I will always be at your side to help you.” 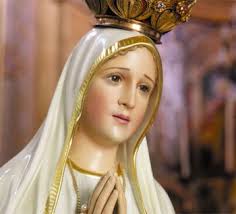