A messagge from the Concordia Ship?

This is my interpretation and for nothing and no reason in the world I want to create panic and speculation on the misfortunes that occur and closely affect men. But…if there is a message, a logic ... ! ?I have once again had the opportunity to transmit a new communicating from Eugenio to create reflection, in mourning and respect for the misfortune that has touched the families who have lost their relatives.
In addition to one of his statements about "Giglio" (Lily) on a Nostradamus’ century on a modern key through the paintings inspired and then carried out by Bruce Pennington. *

The deniers
The deniers, deniers of the divine and human values have always existed, but never as numerous as in these times of obscurantism and of crazy and materialistic presumption.
From the pulpit of those who are the supporters of any type of psychological, physical and moral violence, comes the sentence: "The Discs Flyers do not exist, are lights". It’s a strategy from the bourgeoisie to confuse minds and so many other hysterical and profanity conclusions.
It is comfortable to deny what is uncomfortable who hosts vagaries of domain and of absolute power.
It is easy to say that this or that does not exist, thus hiding truths that can divert men to be instrumentalized by ideologies that divide rather than unite, that put brother against brother, which destroy the place of building the valuable asset of the peace, the "Concordia"(Amity) and justice between the peoples of the Earth.
It is very difficult to bear this Great Truth of our time; a bite bitter to swallow for whom has the illusion to make believe that a truth is a lie for purposes historically investigated and assimilated by who is free of being blind and deaf, prisoner or submissive toward a perverse, liar and violent methodology of the human right, enshrined by an impassable law that stimulates man to get himself free from the ignorance and to divest themselves of the instincts of the beast thirsting for death.
From Heaven comes a warning: "The day in which Repentance will be proposed to you, is already in time, as we have already said, and our patience that arises from wisdom endorsed on a knowledge and a logic that you are not even able to possess
Your Evolution is still in larval state and your instincts in anima1 state. Your civilization is saturated with all kinds of violence and every thing is rotten and sterile of love and justice.
Corruption gallops like a crazy donkey and the difficulties that you have instructed, with cynical indifference, are sowing hunger and death.
If , for the convenience of the supporters of the evil, we are not a reality, well: WE ARE AND WE WILL BE to those who trust in divine justice. WE ARE and we will show it!
Peace.
Woodok  y the Brothers
March 4 th, 1980 12,15 hs
Eugenio Siragusa

More than "the effeminate modes”, shall they have wanted to suggest what today is happening through degeneration already visible for all ... !? And if it is a prelude, prior to the event of the latter Pope?
* 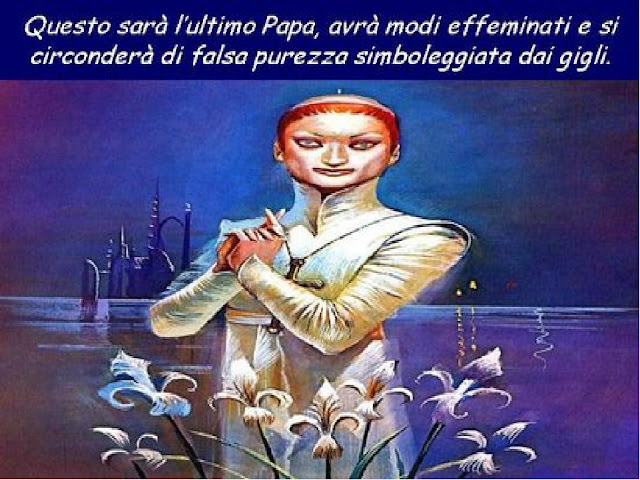 Posted by Solex Mal Universal Language at 6:33 No hay comentarios:

The end of the World

It is an important year for the history of mankind. A period characterized by large changes, "ANNOUNCED" by Eugenio Siragusa, for the decisive step of how man must address within the great change in course in the Earth.
It always has been said, and in these times in particular, that the "end of the world" is near. A large part of men of this world have believed and believe in a physical end of the planet in which they live, but it is not true.
There are growth cycles that govern your planet: these cycles may have a negative terminal or a positive terminal, and this in relation to the work that Humanity builds up in this particular cycle, or in a negative sense or in another positive sense.
This macrocosmic cell, that you call Earth, lives a cosmogonist life, and men are not another thing that enzymes, computers, processors on its nature as well as its evolution

It is logical that if these enzymes produce imbalances then they can produce a sense of general malaise in its natural order, and that these suffer (upon an iron law) a request to change the negative order into positive order, and this in relation to the Will of the law of love which governs the whole created.
It is true that to each cause it corresponds an effect, and it is still true that to the negative effect it corresponds the need of intervention, of renewal, of purification and therefore of the judgment.
This your generation has made an imbalance of great negative intensity, and this requires the intervention of a process that should at least produce a judgment, and the judgment will not be "the end of the world", but the end of the generation, and not of the whole generation.
That’s why we are in Earth, to notice you that the process is next to finish, and that the sentence could be made from one day to another, or better, in the moment established by the Highs. You cannot avoid the prelude of the trial, because the admonishments tare evident and clear, and unquestionable the accusations. You will not be able to say: "I didn't know", you won't be able to be justified.
Get ready rather to pray if you want to save the souls, because it has been said and written "all the things will pass away, but my word will never pass"
Therefore, it is good that you know what it should be understood as the "end of the world", and it is good that you still know that the Kingdom of God in the earth has been promised and it will be carried out in this world that will be overlaid of New light and of new life for Holly Will of God and of his Archetypes.


What means End of the World
You should already know. What is meant by end of the world. We choose carefully, to those who demonstrate to possess adequate quality to be driven and educated to an evolving program able to transpose the superiors’ existential concepts of the new world.
As we have already told you, the end of the world should be understood in the form that you have already known, and not as it has been imagined and disclosed. "End of a way of living life values, as well as they have been lived and as they are living at this moment."
It is also true that this change, which was announced at its time, will entail substantial changes at all levels of the physical psychological and spiritual building of the human being. A new spiritual, moral and material health, supported by a shrewd wisdom steeped in truthful Brotherly Universal Love, stripped of selfishness and devoid of hate.
Your Planet will suffer important ebbs and flows of purifying energies, so that the load bearing structures of its cosmic nature could stabilize on the positive frequencies of Creative light. All those who don’t predispose the acceptance of the superior concepts that should schedule the "", will inevitably be in condition of not being able to survive because they will be unable to assimilate the new vital dynamic.
We have widely granted you the basic and indispensable instructions in order to develop the ideal conditions, suitable to enter peaceful and consciously in this new evolutionary process, lively and fed by very high vibrations of fourth dimension. The dynamic potential astral has suffered, also, an important modifying flow in genetic structures and in the codes of the organic and inorganic matter.
The Creative Atom imposes the new law in relation to the Will of the creative spirit of the cosmos which is content in it. 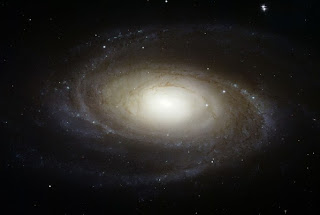 Posted by Solex Mal Universal Language at 18:37 No hay comentarios: